Today we visited Chinka (Xin-Feng's Embla), and her family in Almere.

A few days ago I received some great pictures of Chinka in the snow: 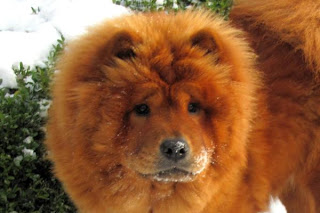 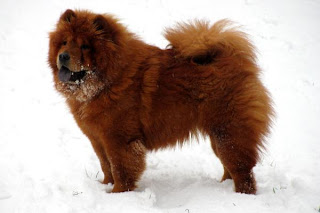 But seeing her in real was more fun, Chinka was very happy to see us.
We decided it would be nice to walk the three Chow Chows together and take some pictures. Sadly it started to rain when we went out, so the walk was cold and short. One of the pictures turned out well enough, from to left to right Chinka, Eoos and Chimay. 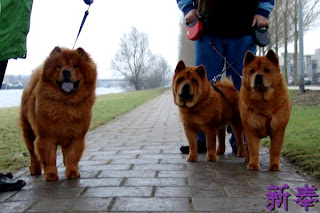 I think Chinka looks a lot like her half-sister Demi (Xin-Feng's Draupadi), here pictured at the Young Chows Day of the Dutch Chow Chow Club, September 2008:

The world is white, or better is still white, since December 17th we have had snow nearly all the time.
Chimay and Eoos look great with their red coats in the snow. But I kept forgetting my camera when I walked them.
Last Sunday I finally took te camera with me ;-) 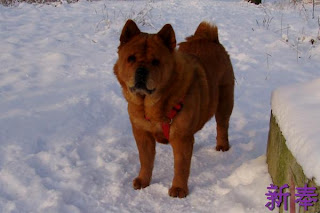 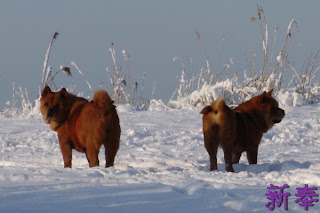 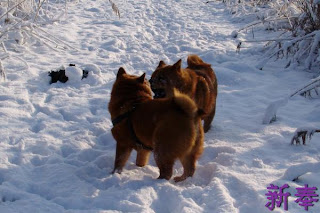 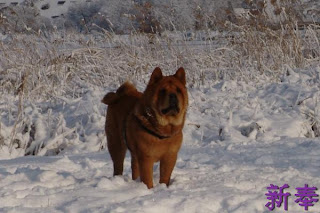 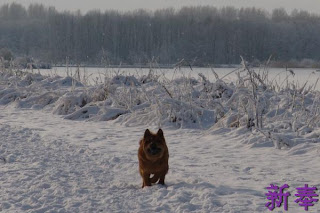 Eoos in an all white world
After playing Chimay wanted to run away, but ultimately decided to come back. When she is like that I put her on the Flexi. Eoos is in heat, so when I saw some other dogs, she was put back on the Flexi as well. With two Flexi's it is impossible to take pictures, but I was not completely happy with the pictures I had taken.
The other dogs were the three from Illona and she was taking pictures as well, with help of her boyfriend. So when she was finished I asked her to take some of my girls: 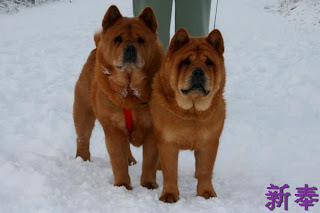 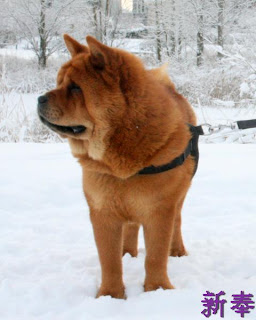