Today my Father in Law passed away.

Three weeks ago he was admitted to the hospital with pneumonia and a pulmonary embolism. The first days it looked like he would recover, but the pneumonia kept coming back.

He was born in Rotterdam south in 1927, grew up there and then WW II came...
November 8th, 1944 he had his 17th birthday, so he became the youngest man from Rotterdam who was taken with the Rotterdam Razzia on November 10th (when over 50.000 men from Rotterdam between 17 and 40 were taken to work in Germany). He never talked much about his time in Gemany, the last years of his life it was visible he had much trouble with the demons of his past...


Leen Meulstee in his young years 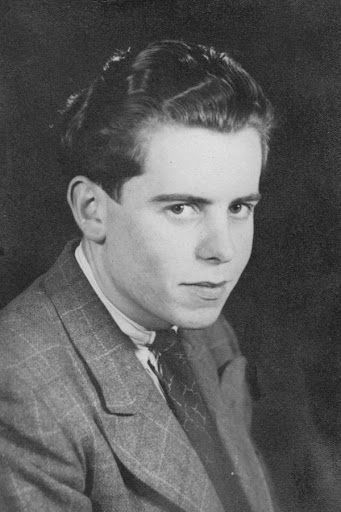 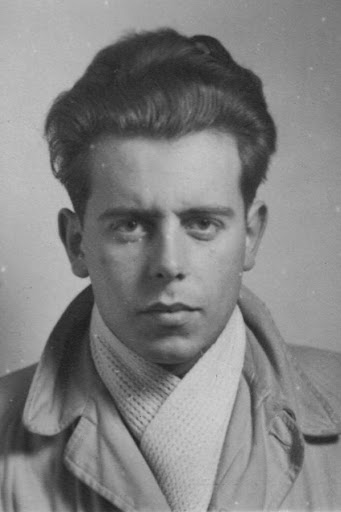 After the war he made his career at the sea, eventually he became a commercial shipping captain at 27.
He married Jopie Bezemer and they got two kids Maud (1953) and Frank (1961). His fast career made a turn for the worse, he got a burn out, was taken from his ship and wasn't fit to return to be a captain. He and his wife grew apart and it ended in divorce mid 70s. He searched for an other job and became harbour master at the yacht harbour of AquaDelta. 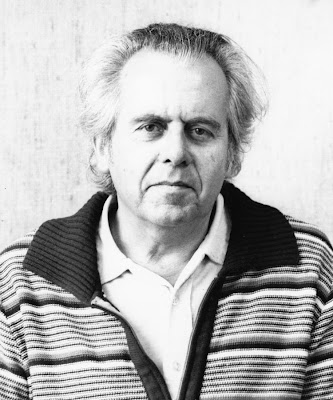 I got to know him in 1983 when my realtion with Frank started. We went regular to AquaDelta for the weekend and he was always happy when we came.
At the end of the 80s he retired and went back to Rotterdam.
He lived with us for over a year, when we had our big house at the 's Gravendijkwal. Franks illness (Chronic Fatigue Syndrom) was too hard on him to see every day, so he decided to leave. He went to an appartment at the Strevelsweg, 16th floor with view on De Kuip, the stadium of his beloved football club Feyenoord. 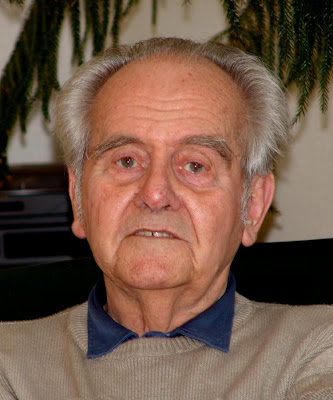 His last years were brightenend by the three adopted Chinese girls of friends: Nicky, Linde and Maaike were his "adopted grandchildren" and each Thursday he visited them.
We had moved to Lelystad, the first years he visited us every other month, but after a stay in the hospital to be treated for pneumonia, he lost a lot of strength and was not able to visit us anymore.
The death of Franks mother, his ex-wife, nearly two years ago was hard on him. His sister was admitted to a nursing home last year, due to dementia, that was difficult too, he felt he had lost his sister.

Ari and the snow

Ari loves the snow. Last week we got 6 inches and he spend a great part of the week in the garden.
He loves his tennisballs, now they were all frozen, but that did not spoil the fun! 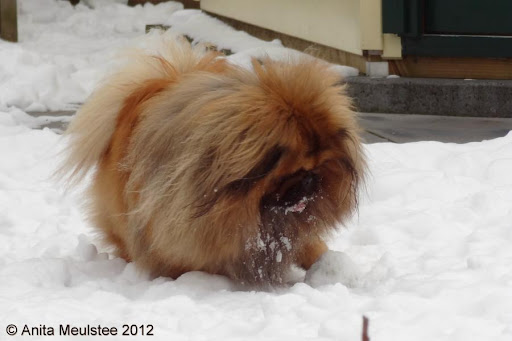 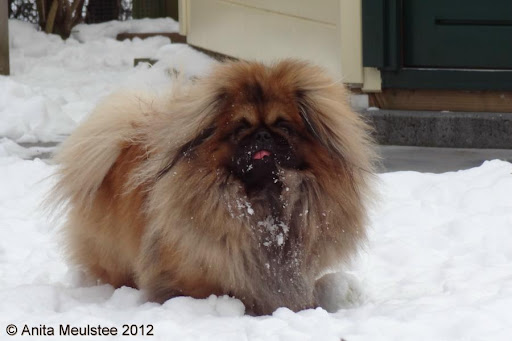 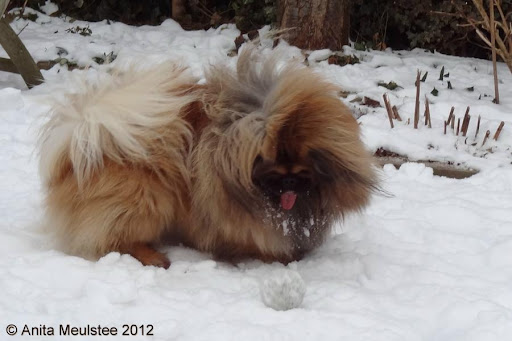 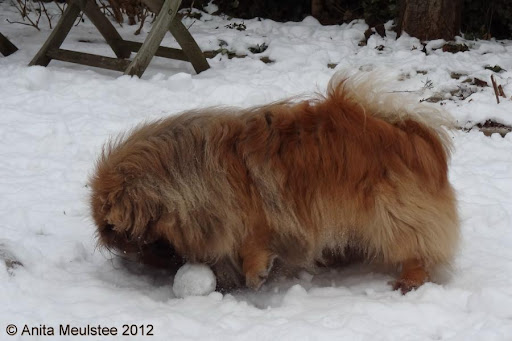 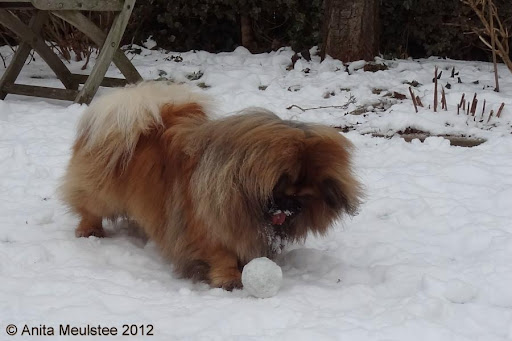 walking the dogs in the snow

Yesterday we went to the Zuigerplaswood. We can let Chimay off leash there.

It is hard to catch in a picture, the parts of the lake where is no snow light up in an azure color, like a glacier or the Mediterranean Sea on a sunny day.

View over the frozen lake 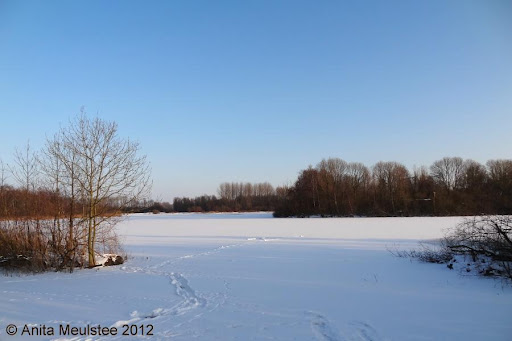 Ari in the snow 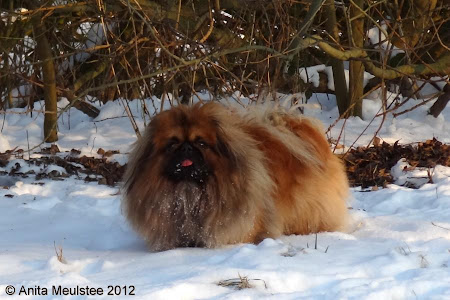 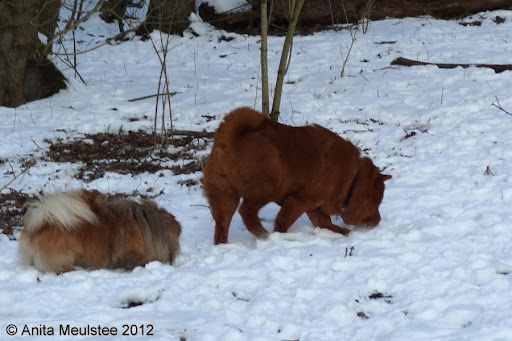 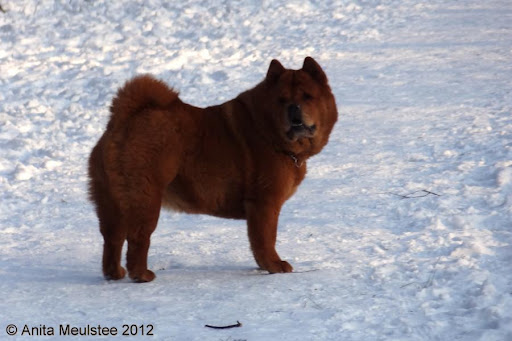 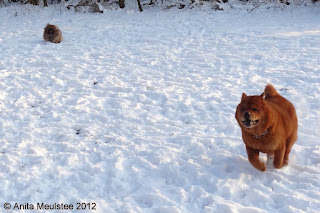 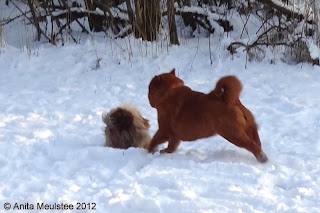 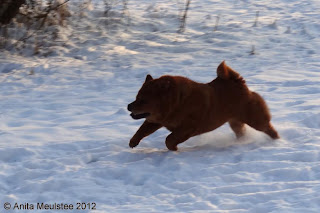 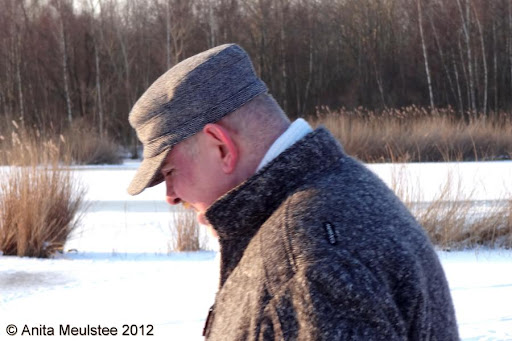 Ari is a bit tired, but we are nearly back at the car 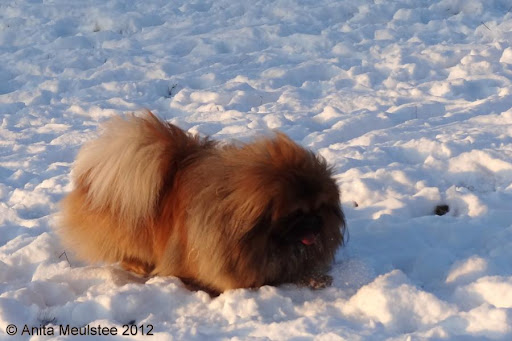 It is so beautiful here!
These pictures were taken yesterday afternoon while walking the dogs. The sun low above the cane and the frozen lake, where ice-skaters are having fun: 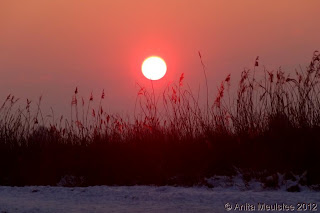 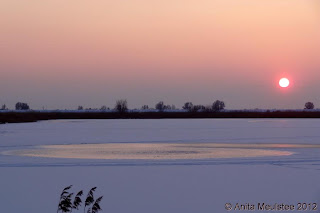 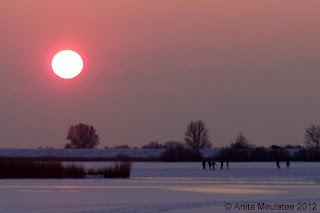 And two pictures of Chimay and Ari, I could not take more pictures, my fingers were freezing! 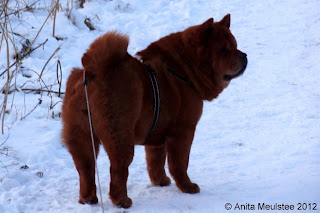 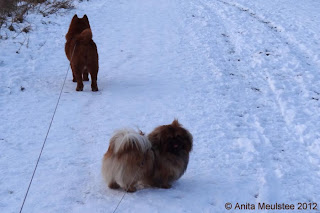